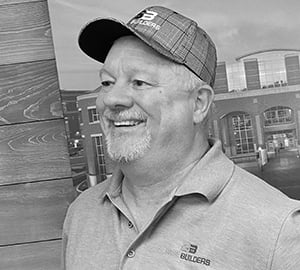 In every blog we share, we try and share information we wish we knew the day we started our firm. In this post, our founder and CEO, Doug Rawson, will share his personal experience and give some helpful information about how you can prevent incidents of embezzlement within your firm.

As we dive into this discussion, let's look at some statistics related to embezzlement.

There are many types of employee theft. Sometimes your employees spend time at the office doing non-work-related things, but you still pay them for their time. They could also be designing their house while plotting their plans using your paper without permission. In this post, we will focus on a particular type of employee theft called embezzlement, or the egregious stealing of your money.

Here's Doug with some insight about embezzlement.

Almost every business is facing theft. And it is almost always committed by somebody who's in control of the finances within the company - typically your bookkeeper or your office manager.

I spent two years on the grand jury, where I saw a few embezzlement cases the DA wanted to bring to trial. I also had money embezzled from me.

In fact, I had even warned our former bookkeeper that she might be able to steal from us. But if she did, I would catch her, and I would press charges. That's exactly what happened. We'll talk about this experience in a more detailed manner in the next blogs - how she stole the money, how we caught her, and what we did when we caught her.

A very good friend of mine who ran an electrical contracting company was embezzled by his bookkeeper. She took checks that were made out to the IRS, got them signed, and edited them in the typewriter. This was years ago - she retyped the I into an M, turning I-R-S into M-R-S, or Mrs, and then filled in her name. She did it for a year.

My friend's firm ended up going bankrupt over this, and it came at the same time as an error in a project that cost him money. When you don't pay your taxes, Uncle Same doesn't care how or why. Not only were they out of money, they still had to pay all those back taxes and penalties to the IRS.

An engineering client of ours had a bookkeeper embezzle at least $600k - they stropped looking at that point. When we were chatting about this case, they told me that one of their engineers has worked at 3 different firms and while he was working there all three had experienced embezzlement - no it wasn’t him.

My wife worked at a medical office for 15 years, where their bookkeeper embezzled money from her first week on the job. She worked there for about 20 years. That bookkeeper ended up stealing somewhere around half a million dollars.

One of the practices she did was claim that the insurance company forced them to write off some exposures. When she got the insurance payment, she just deposited the money in her account.

Another friend of mine ran an architecture firm here in town. They had their bookkeeper with them from the very beginning. They considered that person a very, very close family friend - they spent the holidays together. But she was robbing them blind. The same thing happened to an engineering firm I used to work with, but they didn't file police reports or press charges. They just fired her and told her to leave and never come back.

It's so common to have somebody very close doing it to you. It's almost always a trusted, long-time employee. It's somebody you don't expect. They're usually the ones that never complain - they stay late, they work weekends. They're that dedicated employee that's been building up trust with you. Enough trust that they can put their fingers on your finances. They're afraid to take time off because they have hidden secrets - the kind that can get exposed while they're gone. If you have an employee that doesn't want to take their vacation and go away for a week or two, look out - that could be a big red flag.

In my engineering firm, I could say that I was embezzled because, first of all, it was my fault. I let the opportunity be there. It took me a long time to admit it, but it was my fault - I should have had things in place to prevent embezzlement.

Our bookkeeper embezzled us for over five years. She started small, great it over time. We dug in and did all the forensics, and found about $95,000 of embezzlement. Fortunately, we recovered about 90% of the money she stole, which is extremely, extremely rare. You rarely get your money back.

I Did Not Review My Bank Statements

She was cutting and writing checks to herself, but I did not review the bank statements, so I did not see the checks and credit card statements. I did not pay attention to how many dollars were going through my petty cash account.

You could be thinking that I'm an idiot. In hindsight, yes. We trusted her because things were going well. We were growing rapidly. I'd sign a stack of checks before rushing out of the office.

While I was sitting there signing a check, she would hand me one more, and I'd sign it quickly because she has to do that bill and I have to get to my meeting. We did not know that she would later put that last check into her drawer and use it later for herself.

I Ignored The Warning Signs

We maintained a six-week cash flow forecast, so I always knew how much money was going to be in the bank. I also had other tools in place so I could monitor our cash flows.

Every once in a while, there would be a bit of an anomaly and I thought I was the one who was making a mistake. As it turns out, the anomaly came because she wrote checks to herself. She would then change the number of expenses on other things so we wouldn't detect what she was doing. The anomaly was a warning sign I ignored. I hope you don't make the same mistakes.

To make sure we don't get embezzled again, we needed to establish new rules - ones that would take away every opportunity for theft and discourage the behavior moving forward.

New Rule #1: All financial mail has to be delivered to you unopened.

When the bank statements arrive, you have to be the one to open them, so you can review them before you give them back to your bookkeeper or office manager.

Even if you don't review every statement, they wouldn't know, but they'd think you did. Just go through each piece of mail and make it look like you've reviewed each one. Plant the seed in their thoughts that you're keeping your finger on your finances.

This rule applies to credit card statements, client payments, and so much more. Take away the opportunity for anyone to embezzle from your firm. You have to be the one to take control of your company - have your financial mail delivered to you, open them up, and give them back.

This rule applies when they go shopping. Some employees might be buying all the school supplies for their kids on your dime. When they go out to get supplies or anything for your office, have the receipt come back to you so you can review it. Put this rule in place to make sure you take away every opportunity for any kind of employee theft to take place in your business.

Since the time we got embezzled, we haven't had petty cash because we discovered that it was a way to get funds out of the office. If you are going to have petty cash, make sure you go back to New Rule #2. Before you cut the check to replenish it, make sure you check all the receipts so you can still reduce the opportunity for anybody to embezzle.

If you're running a large firm, you might need to have two people do checks and balances. See to it that the person who receives income and records it into your software isn't the same person that goes to the bank to make deposits.

These are simple steps you can do to help prevent embezzlement. Incidents like these can weigh on you emotionally more than anything else. It's amazing how much of an effect it had on me and how I felt towards humanity as a whole.

If you found this post helpful, consider sharing it with your colleagues and associates. We want to help as many firms as we can avoid the challenges and tribulations we went through.

In our next blog, we’ll get into how our bookkeeper stole up to $100,000 from us over five years. Click here to read the post now. 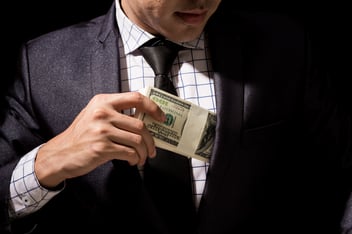 This post is part two of our embezzlement series. Read the first blog here before diving into this... 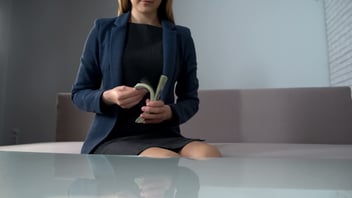 In the last part of our series on Embezzlement, our Founder and CEO, Doug Rawson, talks about how... 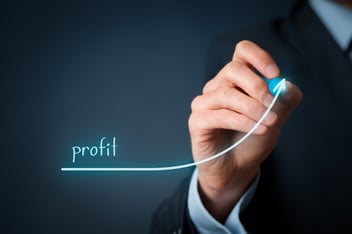